Japan’s successful Shade 3D has important new features in its latest point 1 release to version 14 for both Professional, Standard and Basic versions

Due to the recent announcement of the termination of Autodesk Softimage, Mirye Software is offering a sidegrade offer to all such Softimage users for Shade 3D Professional for 199.USD, a very steep discount for the pro version. 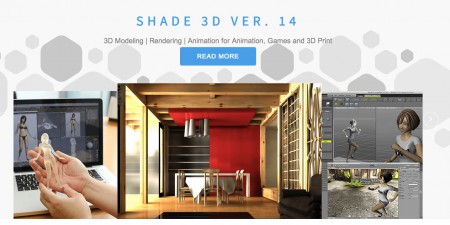 This feature is optimized for exporting to formats such as STLl–a 3D printing standard–which are used by partner services such as Shapeways, the world’s leading 3D Printing marketplace and community.

Other new features for selecting and modifying both manifold and non-manifold geometry improve use for 3D printing, prototyping and architectural visualization.